In 2012 Curaçao Tourist Board (CTB) organized an exposition in Berlin, Germany titled ‘Impressions of Curaçao’. They wanted to attract Germans to Curaçao, through this 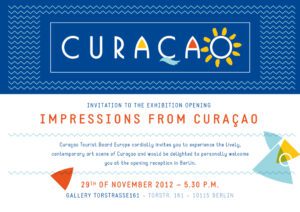 exhibition. CTB has for the first time acknowledged Chichi® as an authentic art piece and she was an honored guest at the exposition. This opened up many opportunities for Serena’s Art Factory, as Chichi® was mentioned in many magazines such as ‘MyWay’ and posted on various posters and flyers. This was huge publicity for the company. Through this exposition CTB also started to hire German writers to write about Curaçao, and Serena’s Art Factory was featured many times in the magazines abroad. Since Serena is German it was easier to get that exposure.

A Breast or Two 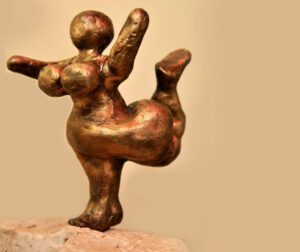 The bronze running Chichi® was specially made to be showcased at the ‘A Breast or Two’ exhibit. This exposition was in honor of breast cancer awareness month. The running position of this sculpture symbolizes moving forward and not letting anything hold you back. The bronze edition is very special to the company not only because of what it represents but also because it was a part of an exposition that meant a lot to Serena. She did not only present the bronze running Chichi®, she also casted the chest of a very dear friend for this exposition, it was a very beautiful and emotional process. Later Serena’s Art Factory decided to also make the regular sitting Chichi® in bronze.